I've really grown to love this piece - we (Ventura First UMC's Chancel Choir) have been preparing to sing Fern Hill with the CSU Channel Islands Choir and the Channel Islands Chamber Orchestra for several weeks and I've begun to come on campus to join their Monday night rehearsals. Last Saturday, some of us participated in CICA's retreat where I took these pictures and video.

Now as I was young and easy under the apple boughs
About the lilting house and happy as the grass was green,
The night above the dingle starry,
Time let me hail and climb
Golden in the heydays of his eyes,
And honoured among wagons I was prince of the apple towns
And once below a time I lordly had the trees and leaves
Trail with daisies and barley
Down the rivers of the windfall light. 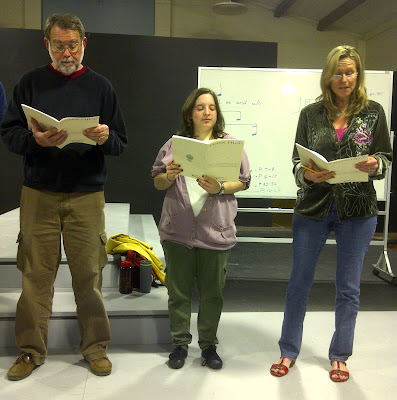 And as I was green and carefree, famous among the barns
About the happy yard and singing as the farm was home,
In the sun that is young once only,
Time let me play and be
Golden in the mercy of his means,
And green and golden I was huntsman and herdsman, the calves
Sang to my horn, the foxes on the hills barked clear and cold,
And the sabbath rang slowly
In the pebbles of the holy streams. 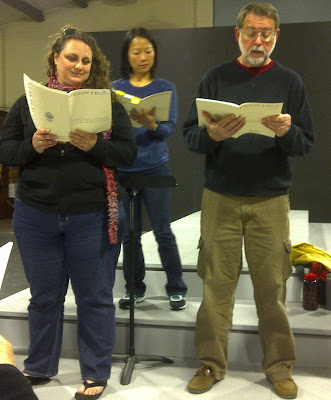 All the sun long it was running, it was lovely, the hay
Fields high as the house, the tunes from the chimneys, it was air
And playing, lovely and watery
And fire green as grass.
And nightly under the simple stars
As I rode to sleep the owls were bearing the farm away,
All the moon long I heard, blessed among stables, the nightjars
Flying with the ricks, and the horses
Flashing into the dark. 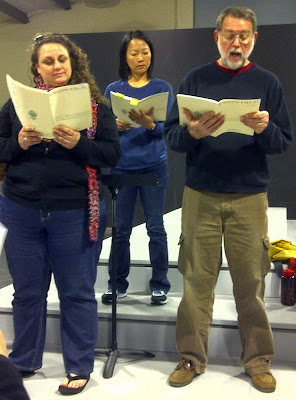 And then to awake, and the farm, like a wanderer white
With the dew, come back, the cock on his shoulder: it was all
Shining, it was Adam and maiden,
The sky gathered again
And the sun grew round that very day.
So it must have been after the birth of the simple light
In the first, spinning place, the spellbound horses walking warm
Out of the whinnying green stable
On to the fields of praise.

And honoured among foxes and pheasants by the gay house
Under the new made clouds and happy as the heart was long,
In the sun born over and over,
I ran my heedless ways,
My wishes raced through the house high hay
And nothing I cared, at my sky blue trades, that time allows
In all his tuneful turning so few and such morning songs
Before the children green and golden
Follow him out of grace. 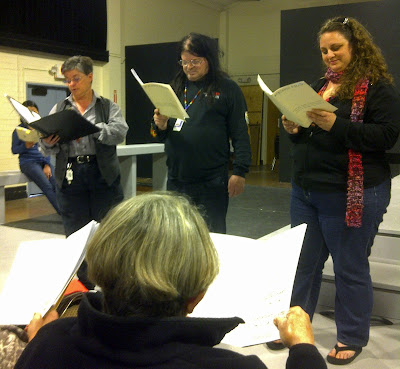 Nothing I cared, in the lamb white days, that time would take me
Up to the swallow thronged loft by the shadow of my hand,
In the moon that is always rising,
Nor that riding to sleep
I should hear him fly with the high fields
And wake to the farm forever fled from the childless land.
Oh as I was young and easy in the mercy of his means,
Time held me green and dying
Though I sang in my chains like the sea.
Posted by Renata at Tuesday, February 28, 2012 No comments: