Burgandy Lace, to be exact. These bulbs were planted at the end of 1999 and have naturalized nicely - not the usual thing in SoCal! Take a look at the flowers and us over the years (with one exception, you can look at the bigger versions by clicking on them) . . . 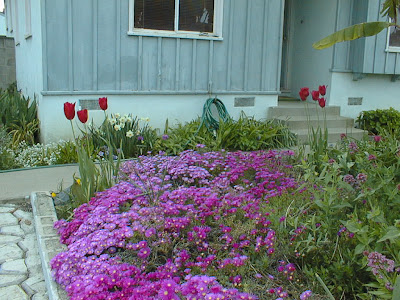 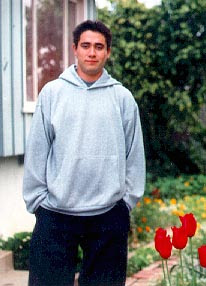 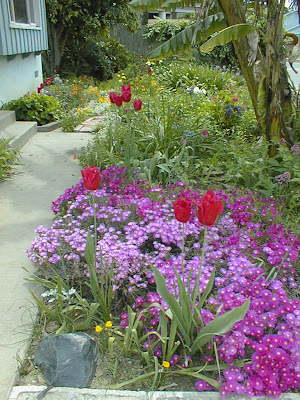 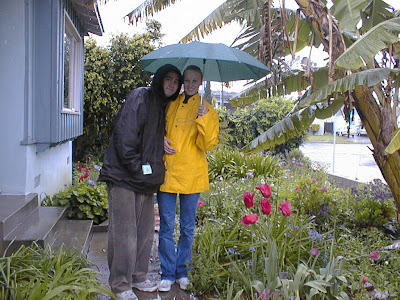 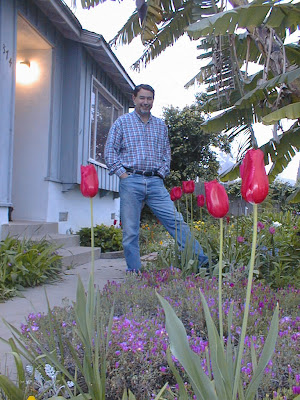 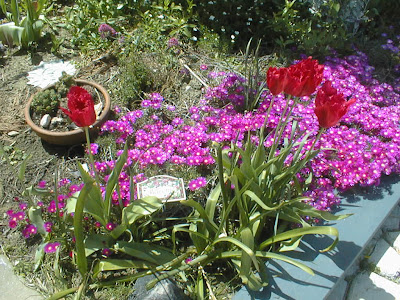 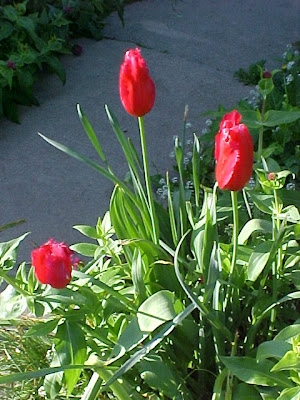 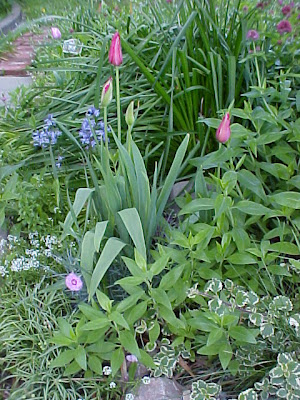 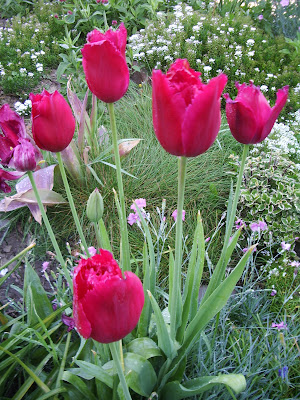 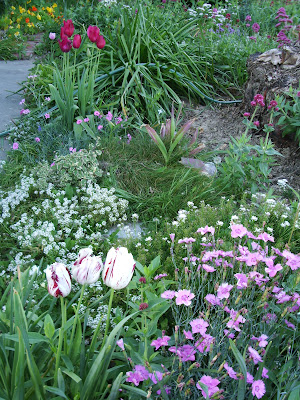 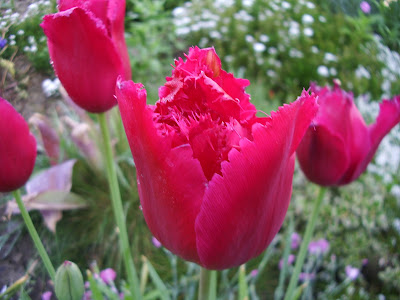 (Interesting to see that the group in the corner began to turn into Rembrandt-style tulips. Tom thinks I planted the varigated hybrids but I don't remember planting anything else in that spot.) 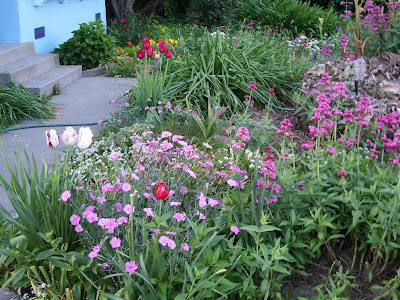 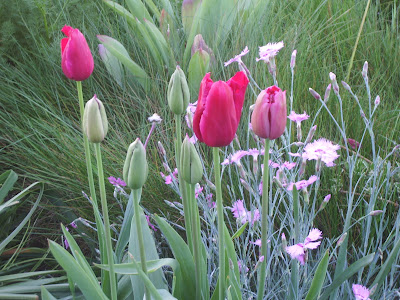 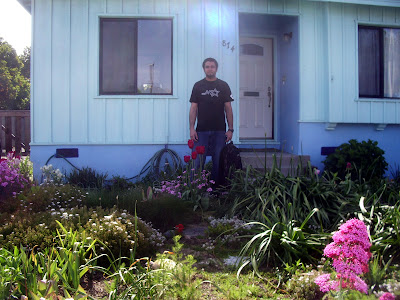 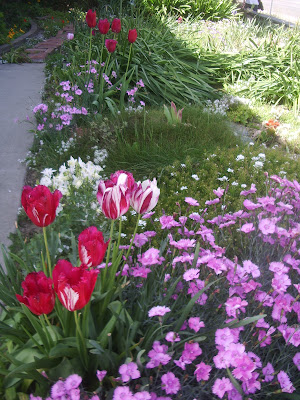 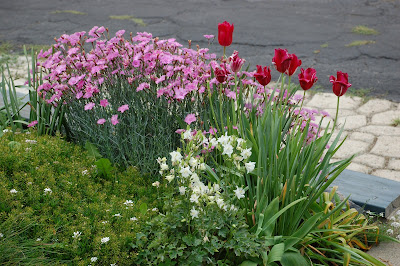 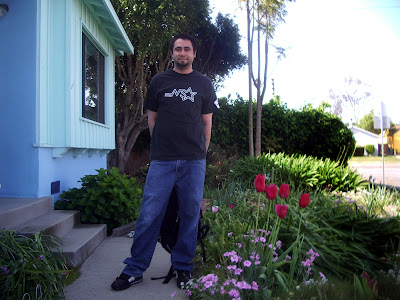 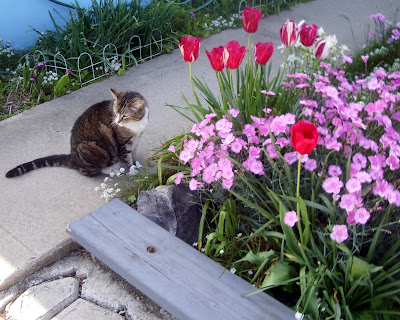 Wow, I should have noticed that... what a change!