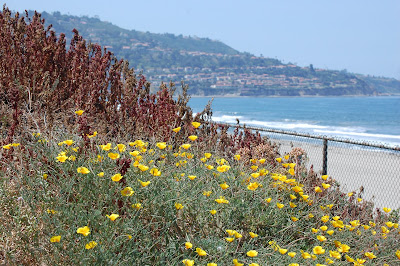 You know the expression, bluebird, to describe one of those totally gorgeous, blue-sky, sunny days - especially after a snow storm that leaves the slopes oh-so gorgeous? I had the day off on Wednesday and had what can only be described as a dolphin day. I left home early and drove down the coast for my appointment with Kathy and as is my habit after a great haircut and visit with her, I drove to Torrance Beach (which is actually in Redondo) to enjoy the sight, sound, and aroma of the beach where I grew up. (As beautiful and calming as the ocean in Ventura and Santa Barbara is, we have a natural seepage that leaves tar and the smell of tar at the beach - the smell in Redondo and the rest of the South Bay has a sweet ocean scent and the sand is wide and lighter in color.) So the day was just starting to warm up to the first day of a mild heat wave - a high of 76 degrees was predicted - and the surfers, joggers, and strollers were out as usual. There were even a couple of guys out in a kayak and a row boat. I sat and ate breakfast and read my morning devotions on a bench above the beach - what a gorgeous South Bay morning! 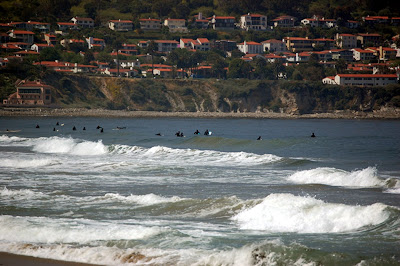 Then I noticed the dolphins. It's not unusual to see dolphins in the water, but there were more than usual that day. 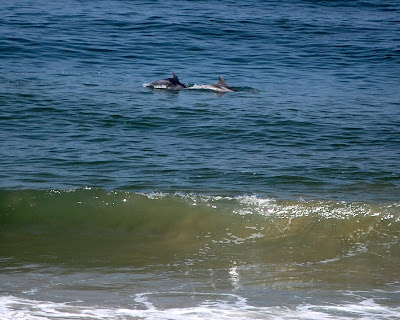 Actually, the reason I went back to the car to get my camera was the fact some of the dolphins were doing those cool out-of-the-water leaps they do so well. Unfortunately, I wasn't able to capture any of those leaps on camera so I'll just have to rely on memory to replay those images. 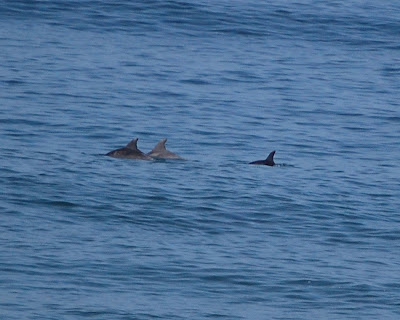 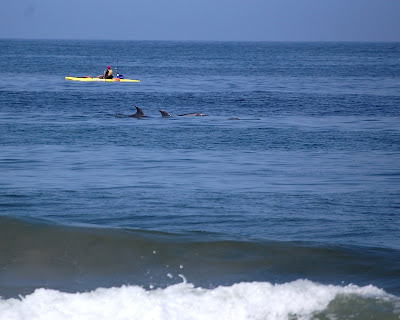 So back to what makes dolphin days. All the years I commuted up the coast to work at UCSB, I knew my day was extra good whenever I saw dolphins along the drive. Last Wednesday, I had the day free to do whatever I wanted, so I made a point to pull over and walk on the beach or along the road and saw dolphins in Redondo, Malibu, and just south of Mugu Rock. The weather was perfect, I had the time, and dolphins were fishing and playing where I could see them clearly. A truly dolphin day! 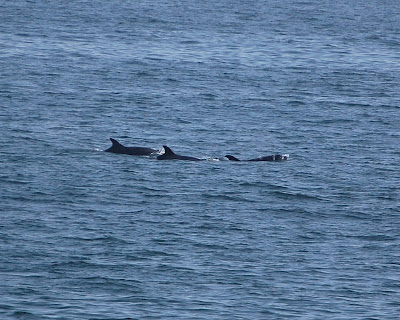