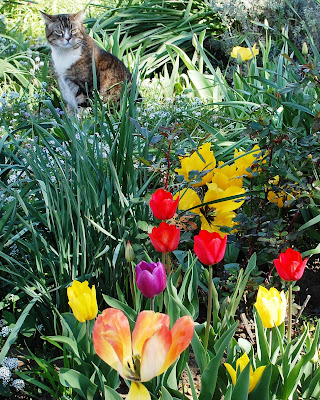 Ever since the second story was built and we moved back in, the balcony (via the ficus tree and roof) has been Bob's private door in and out of the house. Who woulda thunk another cat might try out Bob's private territory entrance? Last night, around 2:30, I had finished my book and heard a noise upstairs (Bob was downstairs with me). As soon as we came to the top of the landing, Bob's fur poofed out and he started sniffing around. What a surprise to find a cat - who was very reminiscent of Kate and Evenstar - on our balcony. It must have felt cornered because it spit and tried to scratch me, but it wasn't terribly afraid of Bob! 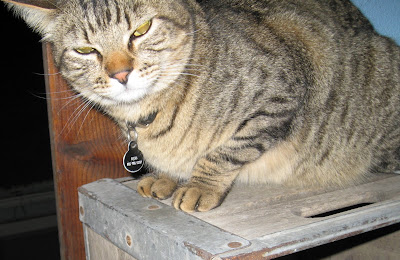 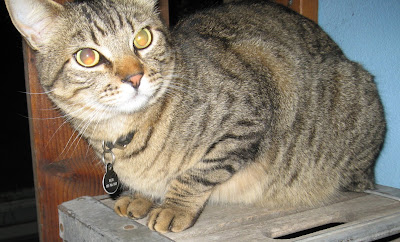 Thank goodness for digital cameras; I took it's picture and was able to blow up it's tag . . . surprise, it's name is Bob! He refused to leave with me trying to shoo it away, but he was gone this morning, making him the first interloper to figure out the diagonal leap it takes to get off the roof and onto the balcony (and the harder part - leaping down diagonally to get back to the tree and the ground!) Hopefully, Bob will defend his territory a little better next time . . . smelling the roses and thinking it's all good is only good to a point. 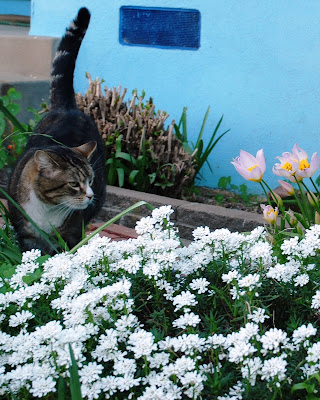